I’m not much of a gamer, but I do, on occasion spend some time playing them. Recently, I have spent an unconscionable amount of time playing Bejewelled. The thing about that is that I haven’t really gotten any better. I think my all time high score is north of 200,000, but I have friends that reliably beat me with scores in the 400,000’s. How they do it I have no idea.

Waayyy back when, I first got addicted to long term computer games by playing first Ultima 3 and then Ultima 4 on my friend’s Commodore 64. We had to fan the 1541 drives to prevent overheating and spent untold days adventuring in that world. Ultima 5 and others past that seemed to dedicate too many resources to the graphics and not enough on game play. I got out of those types of games for the most part.

I happened across Spiderweb software several years ago and it struck a nostalgic chord with me. Avernum 4 really did remind me of those Ultima games. I bought it before I went to Yemen just in case I had a few minutes to kill over there. It did its job admirably. On a whim, I downloaded their most recent game, Avernum 6 and got hooked all over again. 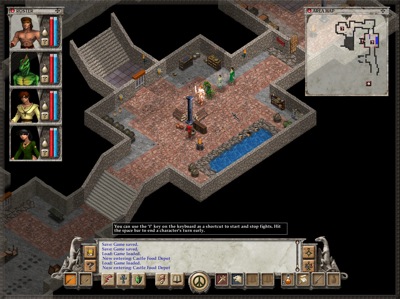 I went ahead and paid for the thing after getting hooked on the enormous demo. No, it isn’t very graphically rich (I wonder if it could be run in an iPad), but it sure is fun. If you like wandering around killing bad things, I highly recommend it.

I also downloaded a game for my iPod touch, the infamous “Angry Birds.” 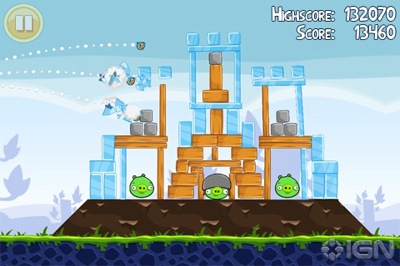 There’s a good reason why this is a huge seller, it’s really, really addictive. All you do is slingshot birds into fortresses made of different materials and kill the pigs inside. I know, sounds stupid, but it is just the right combo of easy to understand and difficult to master that makes it fun. There are also eleventy billion levels to get through too, that makes your 99 cents a great investment. I plan on killing a lot of time with this on the go. Fun will be had!