They’ve finally made a digital camera that I think I’d like to use. Usually that would be no big deal, Isaac liking a camera, big surprise. Of course I just recently talked about how digital doesn’t excite me and I’m going to do analog stuff… Of course, the last half of my “analog” photography was going to be digital anyway. There’s still the magic of the alchemy and the making of a physical thing. And of course it feels good doing something low tech. So I think I’ll still do it, I think. The problem isn’t the cost so much, the problem is that the cost involved is on decidedly unsexy things. I need to get a scanner, a light meter, chemicals, and some processing equipment like beakers and tanks. To me, that’s like buying a bunch of socks. Necessary but not something you enjoy spending money on.

Buying a new camera on the other hand… And of course, the camera is just an excuse to buy some lenses. I am still a total lens snob. I love good lenses for the images they create but also as objects themselves. That’s why I could never own any Sigma or Tamron lenses. They might have been fine performers, they felt like junk to me. My Leica lenses, various Zeiss lenses I’ve owned or own, the Pentax lenses I’ve owned, and all of the large format lenses have been joys to use and to hold. That’s one of the reasons this camera has caught my eye. 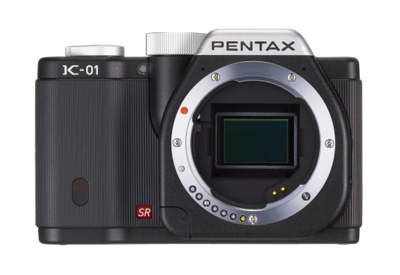 It is a bit odd looking, as far as cameras go, but the top plate and back plate are really what caught my eye. 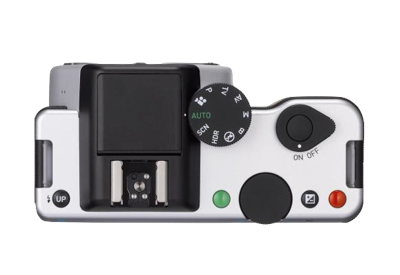 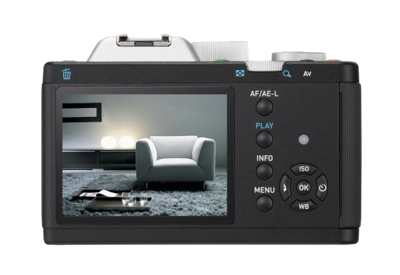 (all pictures from Pentax)

I have never liked digital cameras. I have long since appreciated their performance, but the cameras themselves were just awful. Lots of little buttons spread everywhere. On small cameras, important setting hidden inside menus or arranged in weird ways. This one is the first reasonably priced digital camera that appeals to me. Very clean, the important stuff is readily accessible without a lot of gunk clogging up the interface. The conventional wisdom on the camera forums is that this thing is the ugliest camera ever made. That was my first impression as well. But the more I looked at it, the more I realized I was just reacting that way because other cameras don’t look like that, and maybe the yellow version that is being shown had something to do with it as well. The more I looked at it, the more I appreciated how it was designed.

I had previously liked some of the small Sony cameras. They don’t make any lenses I like but you could adapt other companies lenses to them as long as you were willing to give up auto focus, auto exposure and even auto aperture. If I were going to go that route, I would have used the Pentax lenses (21mm, 35mm macro, and 55mm) because they are amazing and they are about 1/3 the cost of the likes of Leica. So when Pentax came out with this camera, things started to fall into place.

I have some other things that need to be taken care of (oh the joys of adulthood…) and it’s still not nice enough outside to go shooting anyway. I’m hoping that by the time spring rolls around I’ll be shooting again…

2 replies on “I can’t believe it, a digital camera…”

In camera HDR? Is this a new development? I’ve hoped this would happen eventually.

Oh, that’s been around for a while, just not in a Pentax. heck, even my iPhone has that! They also have a nighttime HDR mode too. Presumedly the camera will know that it is supposed to be dark when you put it in that mode. I wonder what regular automatic HDR would do with a night scene…